The Legends of King Arthur by Sir James Knowles 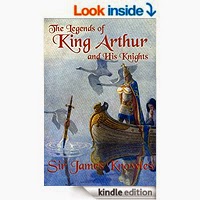 Got a kindle or ereader. Then sign up to www.kindlefreebooks.co.uk and get a free book everyday.

Please subscribe to the emails on the right of the web site and get updated daily either by email or to your RSS reader. You can also follow Kindle Free Books on Twitter and FaceBook

This site offers a new Kindle ebook every day for FREE
It doesn’t matter whether you are reading your eBooks on a kindle, iPad, tablet ereader or phone they will all work on your device.

Unless you own a kindle you will have to download a Free app here  from Amazon and this is very simple and uses the same software. 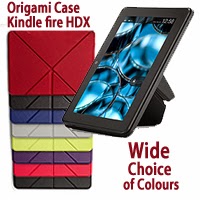 A brand-new case Design that offers a pretty neat trick: the ability to fold, origami-style into a stand that can be used in portrait or landscape mode. The integrated Origami cover stands your device in either landscape or portrait orientation so you can enjoy your content hands-free. The magnetised Origami panels keep your Kindle Fire HDX 7" securely upright for steady viewing. Crafted from top quality leather and matching microfibre interior, the case protects your tablet and keeps your screen clean and comes in a variety of colours. Ideal for browsing the web at home or working!

Born after King Uther tricked an enemy duke's wife into thinking that Uther was her husband. That child was given to Merlin, and he was un-christened, and was given to Sir Ector. He became a squire at his new home and had a bigger stepbrother to help. When the sword in the stone appeared, all the knights and noblemen around England appeared to try and pull it out, since the person who pulls out the sword in the stone is supposedly the king of all England. Throughout his life he encountered many people like Sir Lancelot of the Lake, who fell in love with his beloved wife, Guinevere, and also gave birth to a child with his half-sister when she disguised herself. He would later become a legend for all the things he had done during his life.